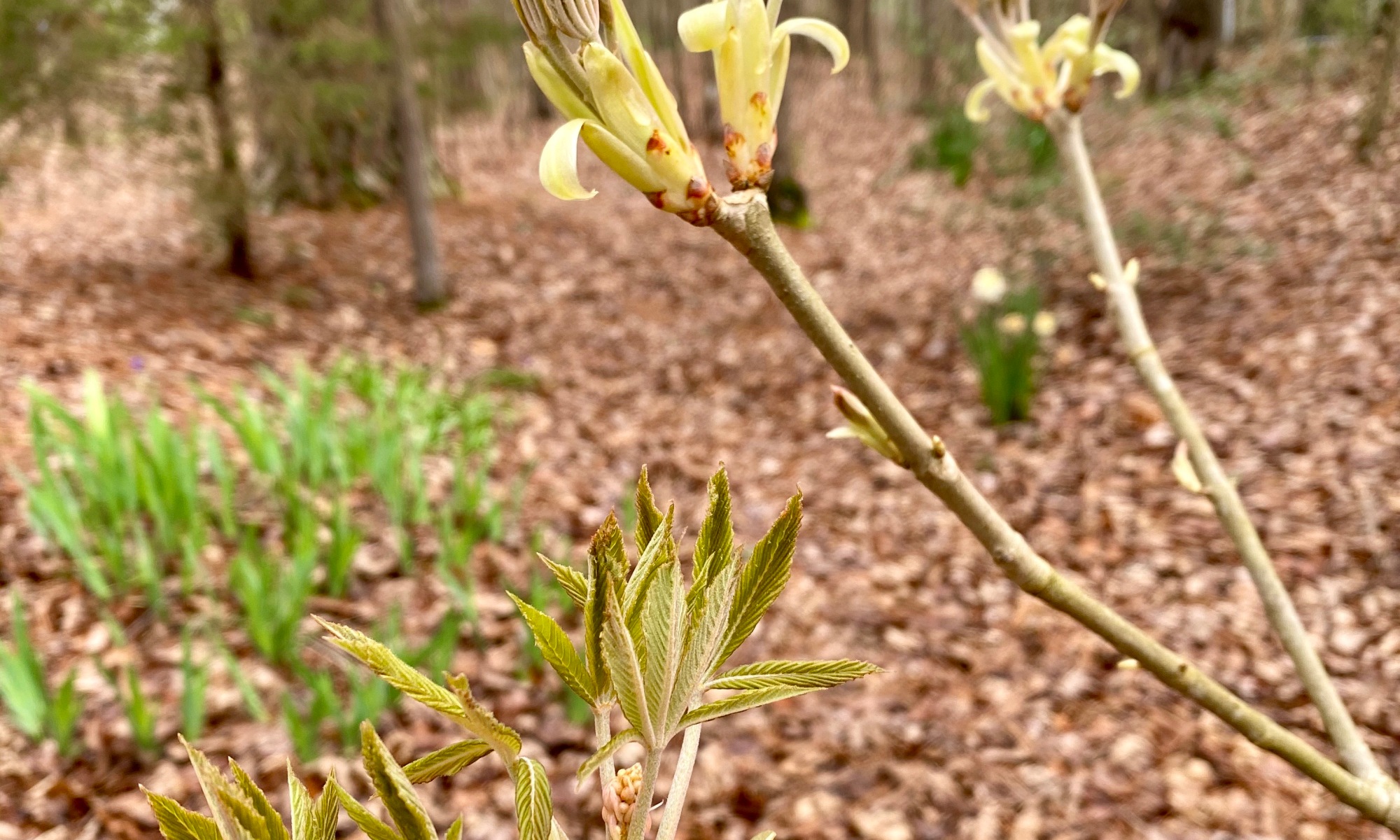 I just returned to the lake after being away for two weeks and found a number of faithful signs of spring waiting for me.  Several of those plants and progress on a new garden bed are my subjects for this Saturday.  Readers can follow the developments in other gardens around the globe by visiting the site of the Propagator and following the wealth of links there.

1. One of these signs of spring that pleases me the most is the leafing out and budding of my red buckeye (Aesculus pavia).  I think this is such a favorite because I grew it from a buckeye fruit and have watched its maturation patiently.  I also like watching the dramatic opening of its palmate leaves.  That is why I chose the featured photo I did.  The photos below show the branching and leafing structure as well as the burgeoning buds.  They also show that Rosie likes to watch for signs of spring as well. 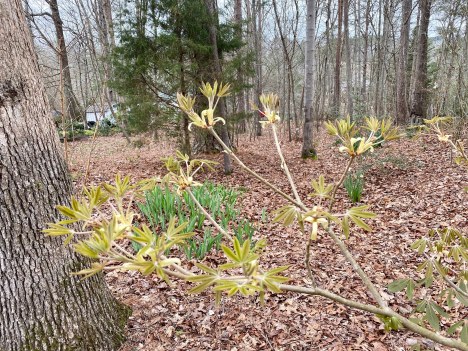 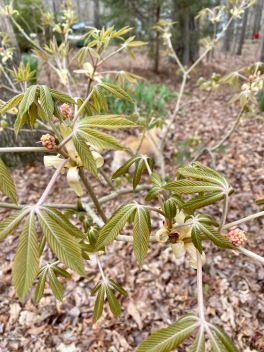 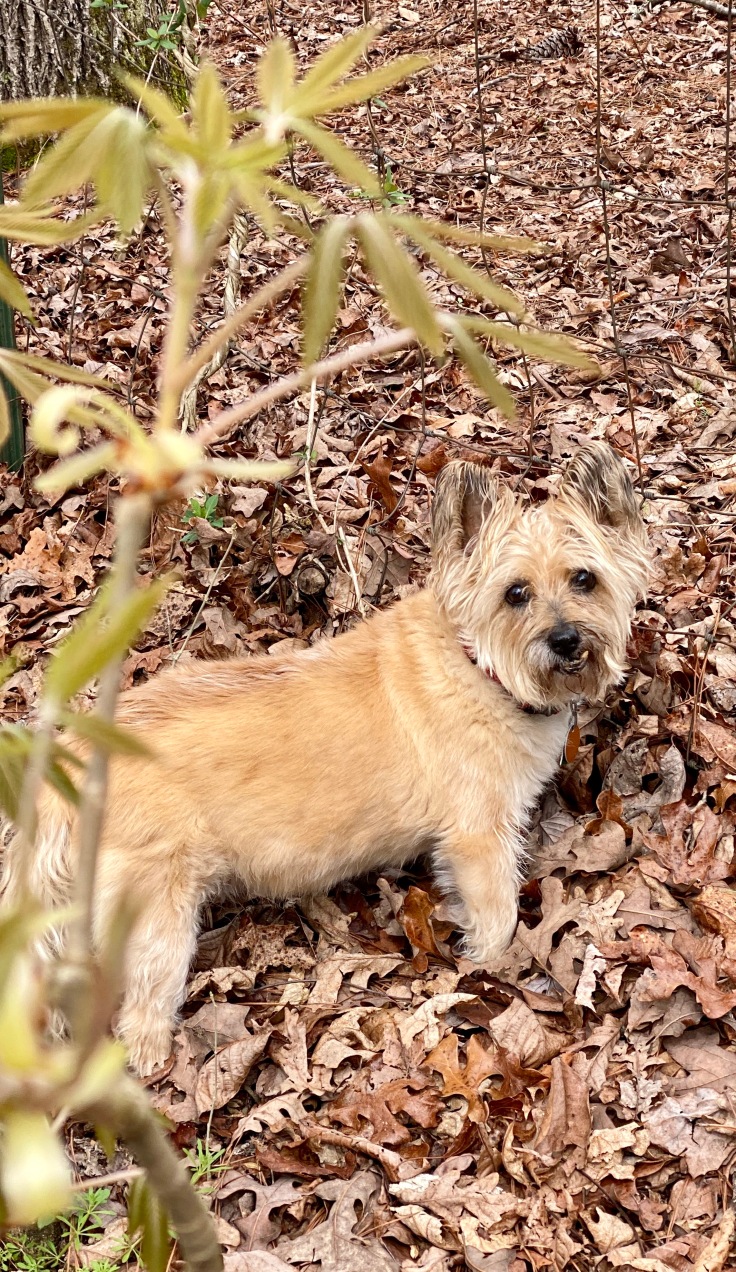 2. For many in Alabama, the bluets are one of the most welcomed harbingers of spring. Houstonia is a delicate plant genus with a variety of species, and I confess, I cannot identify those below specifically.   Nonetheless, they are generous in their appearances throughout the open areas of the garden, in leaves, and in moss and grass. 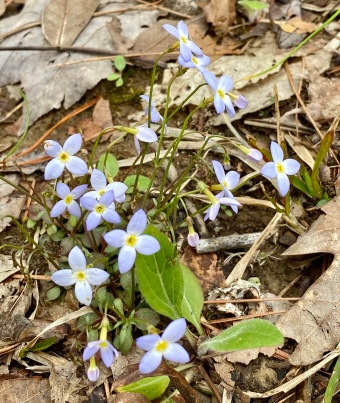 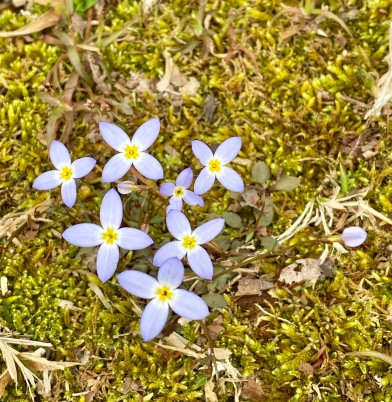 3. The next herald for today, wake robin, or Trillium erectum, is abundant this year–even 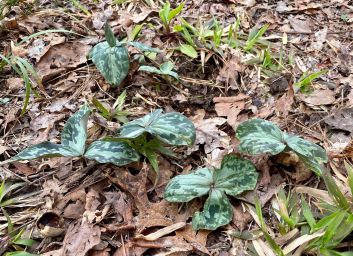 in areas that are prone to pet traffic. Of course, most of the plants are coming up in the wooded area of the garden.  As yet they are small and few are beginning to open up to their red centers.  According to that oracle of world-wide general knowledge, Wikipedia, “The plant takes its common name ‘wake robin’ by analogy with the European robin, which has a red breast heralding spring.” 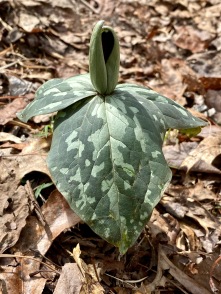 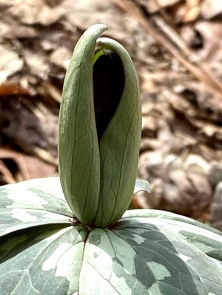 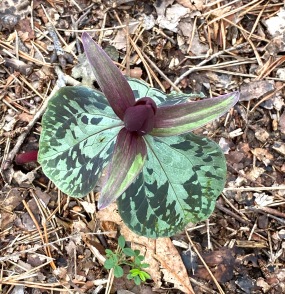 4.  Being away I missed the brightest blooming of forsythia, yet some blossoms remain. This, the largest of the bushes, is the only one that has put on leaves, though. 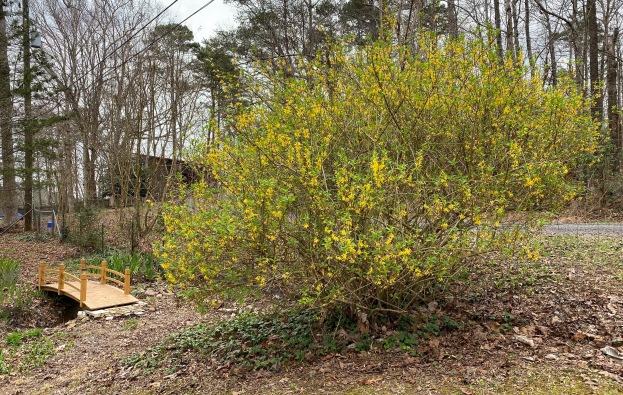 Actually, the other forsythias I have, and there are at least four more, are rather scraggly.  The cause could be the lack of sun they receive compared to the one above.  Stress from previous drought periods might also contribute to their sparse appearance.  Apparently, the wet, mild winter has not inhibited the insect population, though. 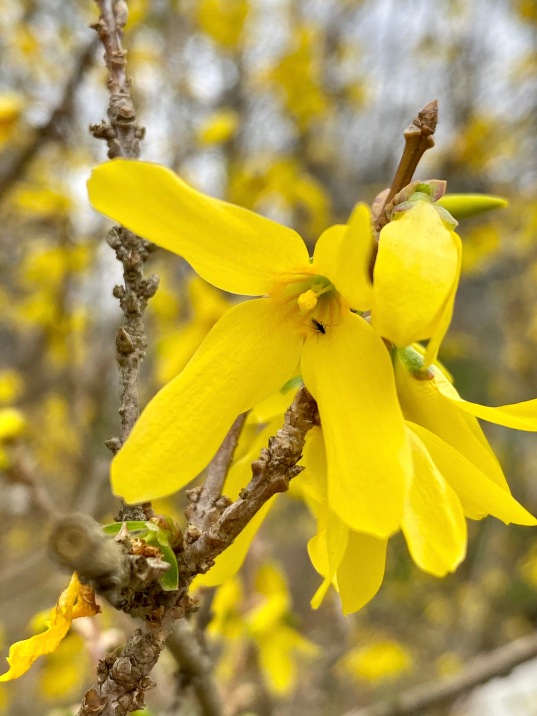 5.  There are a couple of developments of new plantings worth sharing as well.  The first of those is the growth of a flowering quince (Chaenomeles speciosa), that I think of I have mentioned before, reminds me of summers in Oxford, England.  It will require some judicious pruning for shape in time, but for now I am just pleased with its growth.  The trillium in the upper right corner of the photo is worth noticing.  As I said above, it is abundant this year. 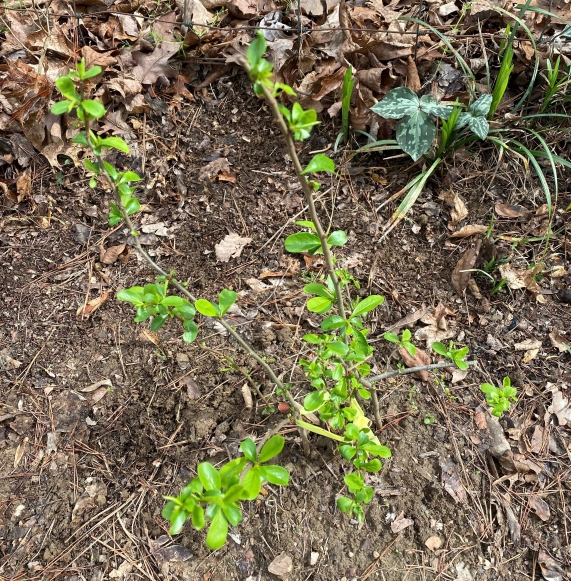 6.  The final entry for this week celebrates the emerging of tulips planted in a new bed that memorializes a curly leaf white pine that I had to removed a year ago due to disease.  St. Francis sits on a block from the tree’s trunk that is placed on the stump. 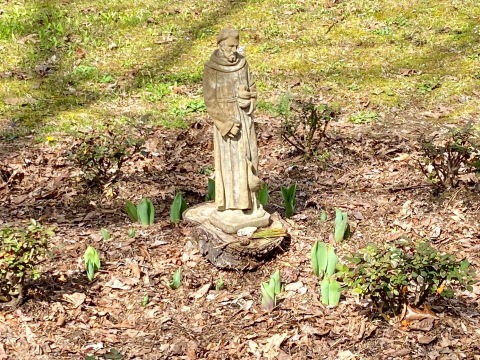 The tulip bulbs came in a “variety” bag from Tractor Supply.  Whatever colors and shapes the blooms turn out to be will be a springtime surprise. Circling the drip line of the former pine are eight red Double Knock Out Roses I purchased on sale from Home Depot during the winter.  So, far at least seven of the eight look healthy.  All in all, this is a big box “let’s just see what happens” bed.

During this time of global health and climate concern, I’ll close by wishing fellow gardeners and everyone else well.