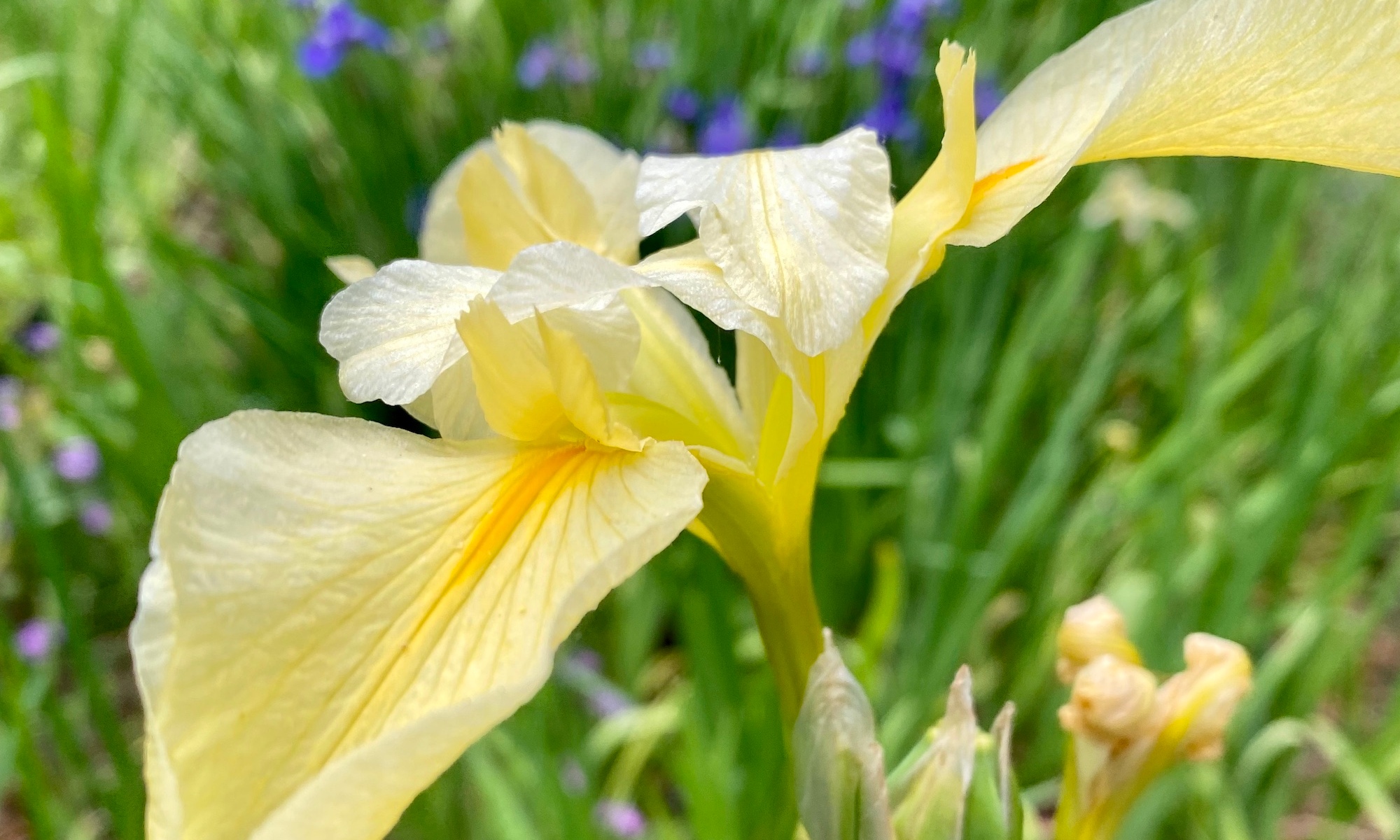 1. I begin this week’s six where I began last week’s with the Blount County Master Gardeners’ plant sale. But instead of announcing the sale, I’m reporting on my purchases: marigolds, wave petunias, hydrangea paniculatas, impatiens, columbines, coleus, Asian lilies, basil, a massive hanging pot begonia, and one very tall Japanese maple that was just too well priced to pass up. The sale was a gratifying success. Many local folks came by for tomatoes, peppers, and a variety of bedding plants–and of course, my fellow Master Gardeners purchased generously as well. The few plants not sold were held for our service projects including Harvest for Health, a nutritional program for cancer patients.

2. For my second, I’ll report on the progress of my variegated leaf althea cuttings. And the report is good! I’m confident that the babies are true to the mother plant. I just have to make certain that I get them through the summer. And, as I said last week, I will propagate a few more this year just in case.

3. I’m certain that I have mentioned before that I am drawn to a color combination that reminds me of Morocco and Andalucia–blue and yellow. While not actually blue, the bed of deep purple and yellow irises below is one of my favorite spring shows in the garden. The yellow irises came, I think, from Birmingham-Southern College when a beautifully planted hill was cleared for a major building project. But as I say, “I think.” Anyway, I find the different shapes of these flowers as attractive as the different colors, yellow Iris orientalis and purple beardless iris. There is one photo-bomb peony bottom center with one bud that I hope will open this year. Storms destroyed its single bud last year.

4. I was away from the garden for nearly a week. In the meantime, oxeye daisies and lance leaf coreopsis bloomed in what later in the year will be “lawn.” Among all of those blooming wildflowers are Black-Eyed Susans that will flower in another month or so. A month ago, there were bluets and lyreleaf sage here. In this open area of the garden anything resembling lawn will not appear again until mid-summer.

5. In two different beds, yarrow (Achillea millefolium) is beginning to bloom. All of the plants –all purple–are legacies of a few given to me years ago by a friend. I think the fern-like foliage is as interesting as the flower heads. A non-native perennial, yarrow got its scientific name from the tradition that Achilles used it to treat fellow warriors’ wounds during the Trojan War and from that foliage.

6. The last item for me today was a bit of a surprise. I had rescued a few iris rhizomes from a neighbor’s yard as it was being cleaned up a couple of years ago. The plants grew, but did not bloom until this year. A beautiful pure white bearded iris, it is pictured below.

That closes out my six for today. Check the site of The Propagator for his six and for guidelines for taking part and sharing photos of your garden. Look as well at the comments for lots of plant wisdom and lovely photos.