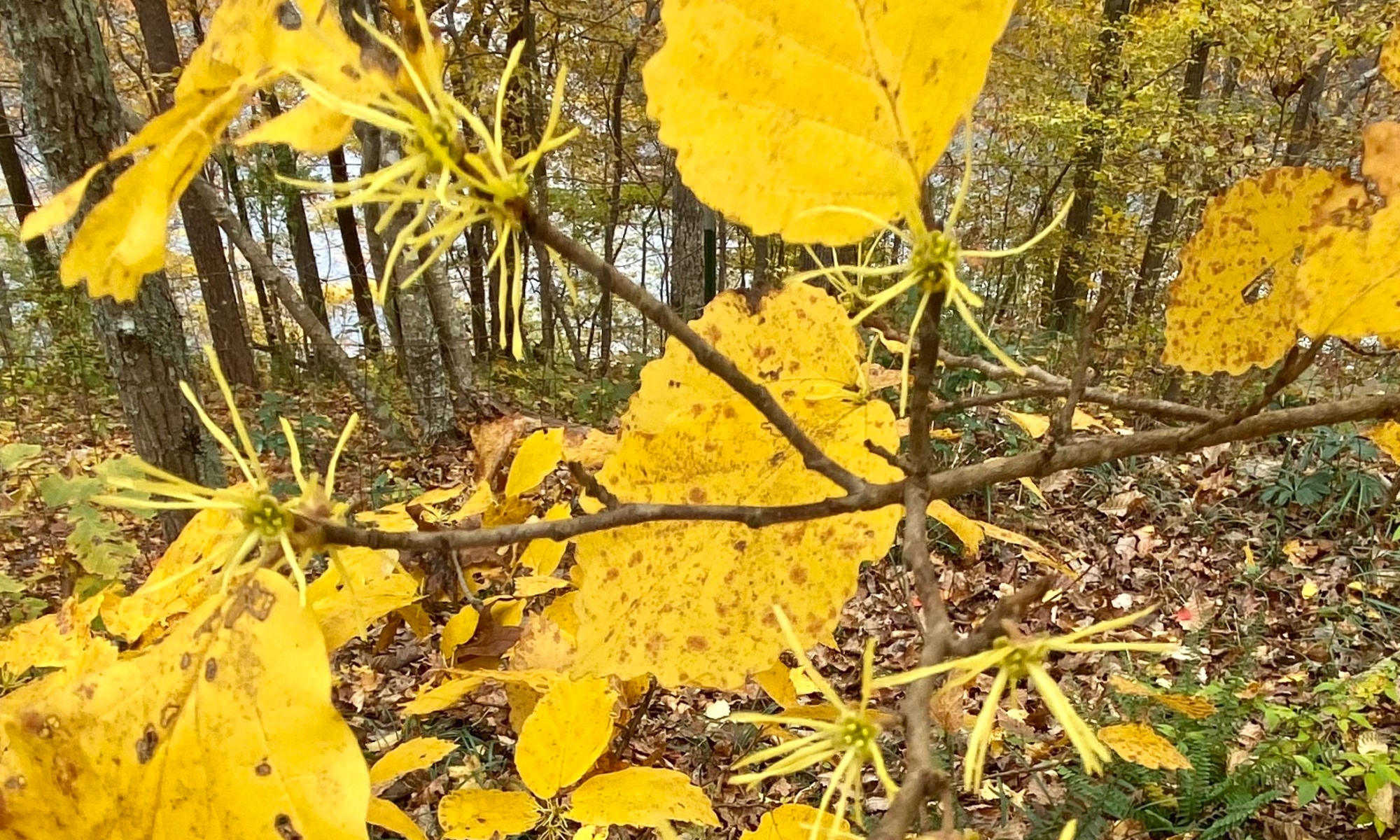 Color and texture are the threads that hold my six together this Saturday. It’s fall so you’d expect that color to be dominated by yellow, orange, and red. But I’ve got a little purple to add as well. Before I get to the photos, though, I have an aside–fall versus autumn. According to Merriam-Webster, both words originated in Britain, autumn being the more formal and older name for the season, coming into English in the 1300s via the Latin autumnus. The name became useful because this time of year had been referred to as “harvest, which was potentially confusing, since harvest can refer to both the time when harvesting crops usually happens (autumn) as well as the actual harvesting of crops (harvest).” If that explains autumn, where then did fall come from? Reportedly, sometime in the 1600s the time when leaves fall became known as fall. The word, referring to the season, appeared in Samuel Johnson’s Dictionary of the English Language in 1755.

As to the preference for fall over autumn in the US, Merria-Webster offers this: “‘In North America the season in which this [the fall of the leaf] takes place, derives its name from that circumstance, and instead of autumn is universally called the fall‘ (John Pickering, A Vocabulary, or Collection of Words Which Have Been Supposed to Be Peculiar to the United States of America, 1816).” Ah, you can take the academic out of the classroom, but you just can’t take teaching out of the academic.

1. And now, I start my list with witch hazel (Hamamelis), which has both interesting fall color and flower texture. The witch hazel leaves turn a rich yellow; the flowers are thin-petaled little star bursts. This is just the second year my tree has bloomed since being planted several years ago; happily, the blooms are much more generous this time around. One more brief academic note: the witch in witch hazel has nothing to do with hooked-nosed old women on brooms. It comes from the Middle English word wyche meaning pliant, referring to the wood’s downward bend when used as a dowsing rod to detect water–that is, when used for water witching. Ultimately, the etymology likely goes back to wych, or bend in Anglo-Saxon.

2. The golden Ginkgo has an even richer fall color. A tree that has been called a “living fossil,” this one survived a tornado that took its top out and keeps putting on a show year after year. As tradition has it, all of these lovely fan-like leaves will fall at once. From the Chicago Tribune, “The petioles of ginkgo leaves form the protective layer simultaneously and wait for a hard frost to trigger all leaves to drop at the same time, which results in a lovely shower of golden leaves.” Whatever the reason and whenever the leaf-fall, this is a gorgeous tree.

3. A reprise of oakleaf hydrangea provides the red, or more accurately burnt purple, color this week.

4. Like so many of the plants in my garden, the zebra grass (Miscanthus sinensis ‘Zebrinus’) does not get nearly enough sun. Still, this year its color is rather bright, and it has produced several plumes of delicate feathery flowers.

As obvious from its botanical name, zebra grass is not native. From Japan, it has become a favored ornamental grass in the US, like many of the miscanthus varieties. I keep a small patch of it for the bright, horizontal yellow stripes in the leaves and for the movement of the plumes in the fall. Because I give it a rather inhospitable area to grow in, it is one alien plant that has little chance of becoming invasive.

5. Partial to ornamental grasses, I’m offering adagio grass (Miscanthus sinensis ‘Adagio’) next, also for its delicate plumes that move easily with the slightest breeze. The texture of the flower heads, as well as they way they turn silvery in morning sunlight, makes fall their best season.

6. Finally there is Callicarpa americana, or American beautyberry to provide purple color. The dwarf or patio variety in the first photo below has maintained its leaves and small berry clusters from summer until now. The standard variety has dropped its leaves, but still vibrant bunches of berries remain.

That completes my six for this Saturday. I recommend readers go to the site of The Propagator–if you have not already–for additional invitations to garden visits and information for how to invite us all into your garden as well.