1. The record for this Saturday pretty much picks up where my post ended two weeks ago with Japanese Anemone–only now, the buds have turned to blooms.  Today, they are living up to one of their common names, windflowers, as they sway quite gracefully on their very long stalks in a gentle breeze.  The Anemone tomentosa Robustissima photographed in the early morning in the featured image and in the afternoon below is growing better this year than ever before. 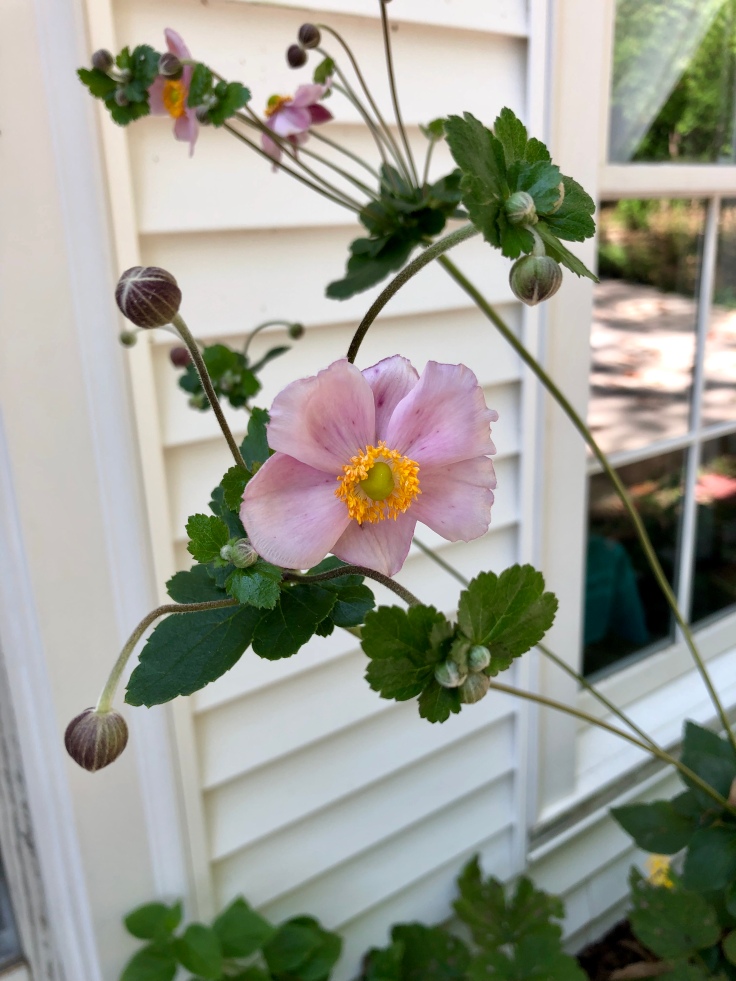 2. The obedient plants (Physostegia virginiana) growing in full sun are also beginning to bloom, but those in semi-shade are a few weeks out from blooming, the inflorescences still in early development stages–except for the one odd plant below.

This North America native has nothing obvious in common with its common name.  In the mint family, it travels in most disobedient ways on robust 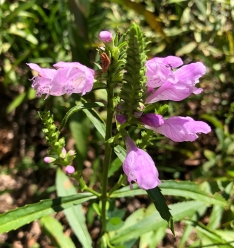 rhizomes and easily escapes its flower bed.  Supposedly, the name come from the plant’s flowers staying in place if bent individually to the side. I’ll have to test that in a few weeks.  In the end, though, it is a good plant for fall color.  And the bees love it as a late season option.

3.  I would love to see my third entry spread as easily as the obedient plant. The bulbs of the Lycoris radiata, or the red spider lily, reportedly will multiply.  I hope so.  Although not a native, the spider lily is a staple of old Southern gardens.  The one pictured below is the only one I have.  I bought two at last year’s Birmingham Botanical Gardens’ fall plant sale, but either the foraging raccoon or the armadillo unearthed both bulbs several times earlier in the spring.  This one, a least, surrived 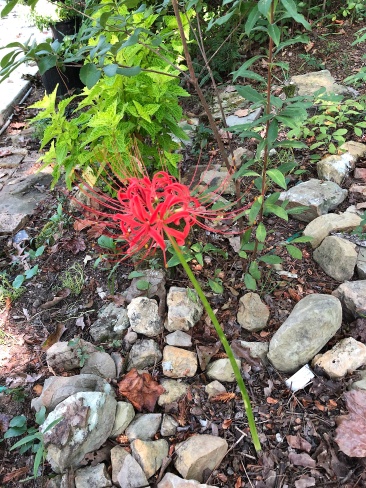 4. Speaking of the armadillo, he (or she, I certainly can’t distinguish which), is back and digging annoyingly deep holes in the yard.  The digging stopped early spring when I treated the area for grubs, which I will do again after the next rain.  In the meantime, I am considering an armadillo trap, but the one recommended by my friend and Extension Agent, Dan Porch, the Mississippi State University recommended wood Armadillo Trap, is pricey.  And, I am not sure what I would do with it if I did trap it. 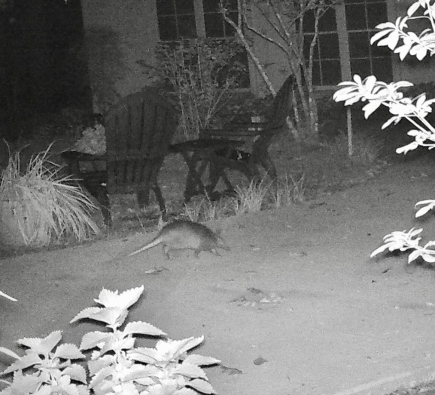 5. An avocado plant and friends come in at number five.  Several months ago I decided to start an avocado plant from a seed I had–something I had not done for years.  This one grew well in a glass on the window sill, and when it was big enough to plant in a pot, I thought I’d give it lots of rich, new compost in the potting soil.  Apparently that compost was a little too new and had a few too many tomato seeds in it.  I rather like the visual result.  Should any of those tomato plants begin to flower, though, I’ll transplant them to a more spacious pot just for themselves.  As you can tell from this photo, desiccated leaves are already falling in the hot and dry weather we’ve had. 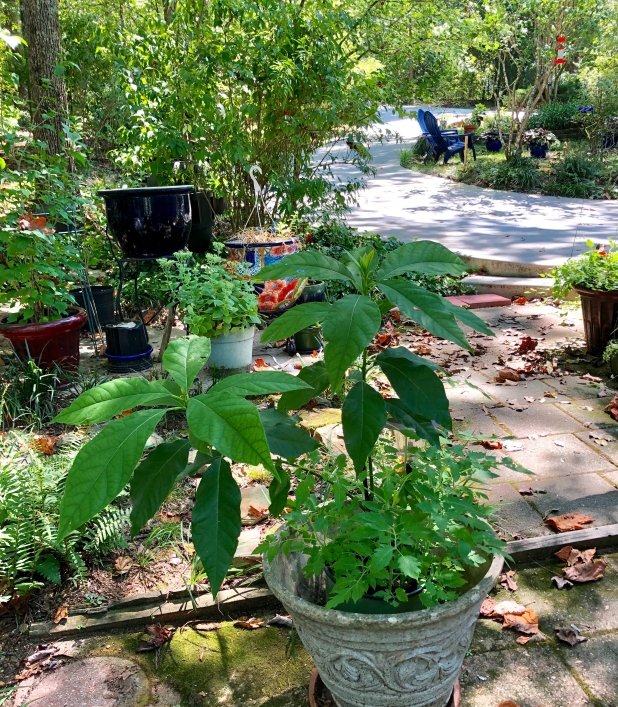 6. Japanese stilt grass (Microstegium vimineum) is the final entry.  I’m fighting it throughout flower beds, lawn, and woods.  It is an invasive causing increasing problems in eastern areas of the US.  It grows on thin stems in both cultivated and uncultivated spaces.  Left undisturbed, it can grow several feet tall, although the weak stem systems allows it to be easily pulled up.  But, pulling it up does not get rid of it;  it is aggressive and locally becoming omnipresent along roadside and it fields. 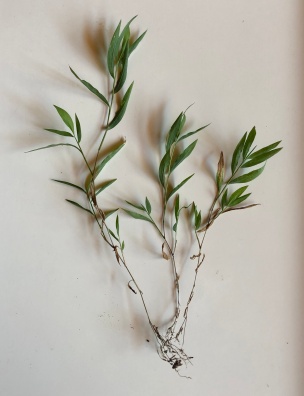 It dies back in the winter, but leaves behind a thatch that inhibits the growth of wildflowers and other desirable plants.  The two photos below show how it can overpower and mask moss and ferns. 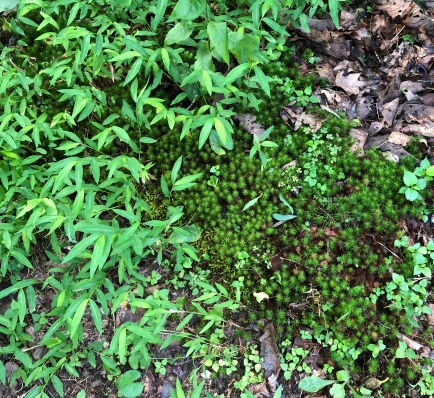 Readers in the Southeast, please do what you can to eradicate Japanese stiltgrass.  Readers everywhere, if you are not already participating in Six on Saturday, please check out the guidelines and join The Propagator and gardeners around the world in sharing six things going on in their gardens on Saturdays.