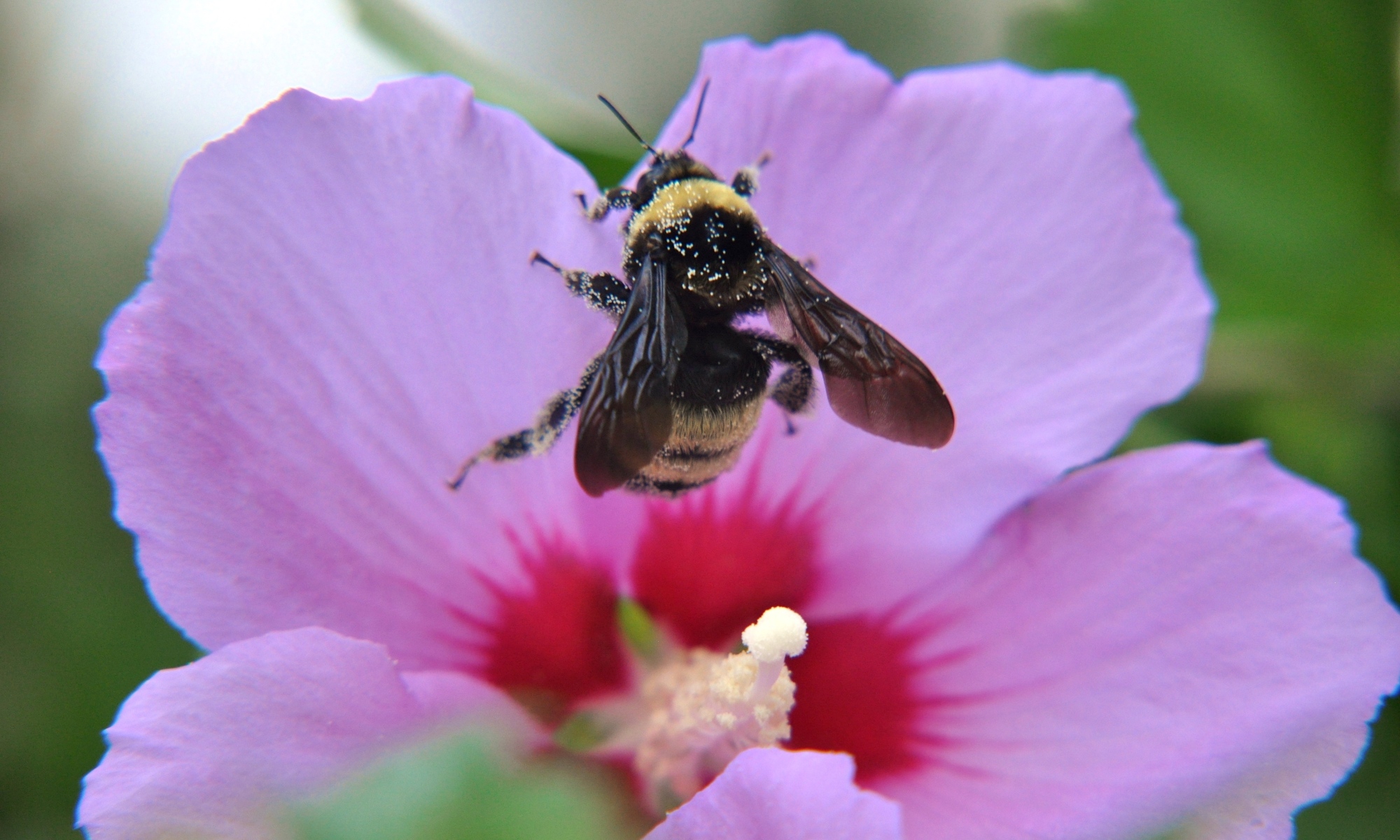 For well over a decade I have been fascinated with taking photos of bees on blooms.  It all started while teaching summers for British Studies at Oxford, I think.  The first challenge at catching bees on flowers that I remember took place in 2006 in University Parks while taking photos of giant sea holly (Eryngium giganteum) in an extended border garden there.  Those attempts were anything but successful.  The sea holly was sharp; the bees were fuzzy.  I had a little more luck in 2010 in St. John’s College gardens while photographing English lavender (Lavandula angustifolia) near the rockery. The bees in these photos are white-tailed bumble bees typical of Oxford gardens. 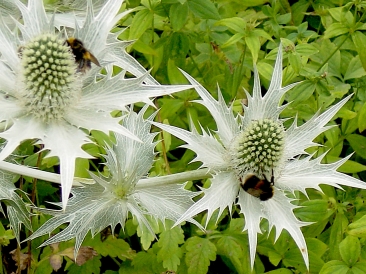 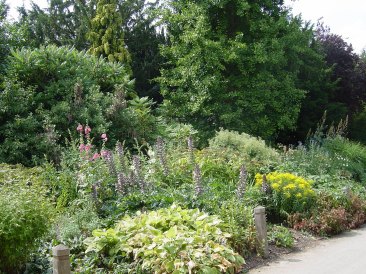 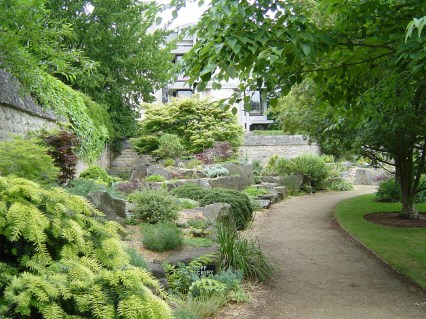 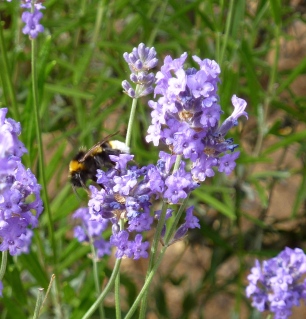 Initially, I included bees for interest, for variation in composition.  Eventually though, the bees themselves became the subject of the photograph, as it is in the featured photo for this 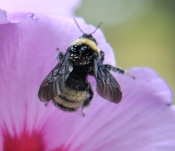 post.  This American bumble bee is one of two bumbles frequently found in my garden.  It is the black and yellow bee made famous by Saturday Night Live’s popular “Killer Bee” skits beginning in 1976, prior to the introduction of the so-called killer bee, or Africanized honey bee, into North America in the 1990s. The other is the common Eastern bumble bee that does not have yellow stripes on its abdomen.  Then there is the look-alike carpenter bee, differentiated by a shiny, hairless abdomen. I have many photos of all three:  photos on liriope blooms, on obedient plants (Physostegia virginiana), on columbine, on redbud, on althea (Hibiscus syriacus)—lots of photos on althea—even bees getting high on rotting pears cast-off by squirrels.  Below are some recent examples. 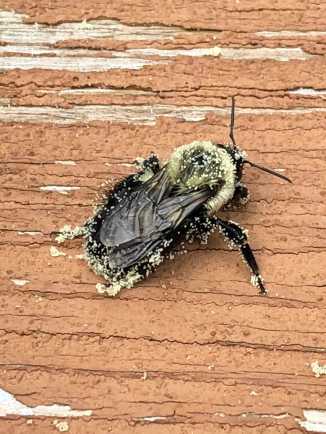 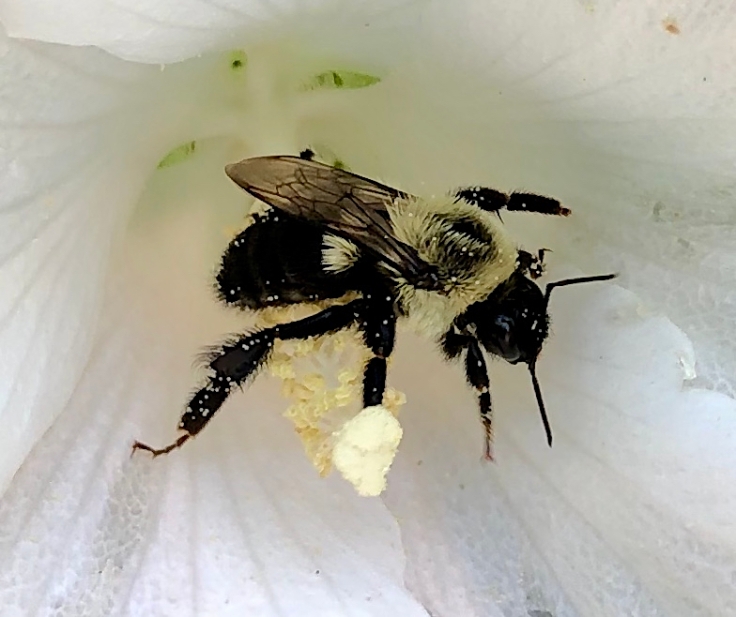 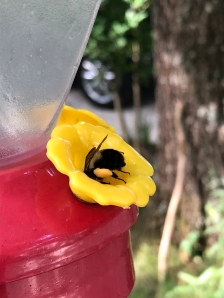 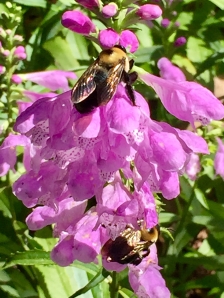 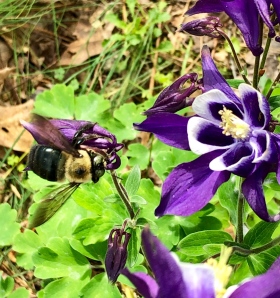 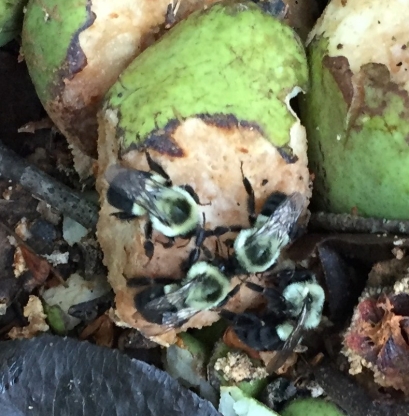 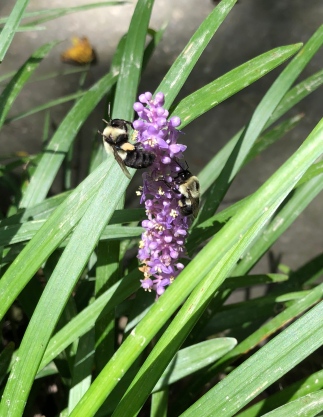 And there are other smaller bees as well. 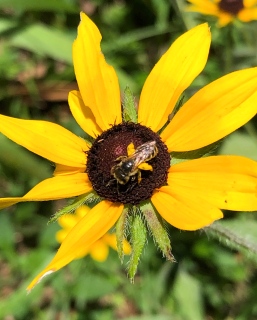 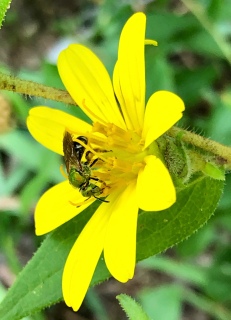 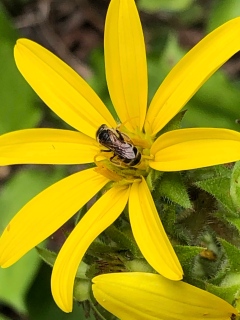 In the course of posting on Six on Saturday and seeing what other garden bloggers are photographing, I found that bees on blooms compose a popular theme for several talented photographers from Ontario to Ireland to the UK.  Some favorite sites I follow are County Gardening, Magdarae’s Narrative, and Murtagh’s Meadow.  There are dozens of images posted by other gardeners of curious and colorful bugs and butterflies.

My impulse for this post, though, was not to present a gallery of bees.  Rather, it was to query my own fascination with bees foraging in flowers.  I think it did start all those years ago at Oxford as a challenge.  Bees do not pose.  They do not slow down and wait to have their photo taken.   Cultural consciousness of that constant movement, that busyness, was a linguistic common place as early as the later quarter of the fourteenth century; the phrase “bisy bee” appears twice in Geoffrey Chaucer’s Canterbury Tales.  But bees are not just hectic and unsettled.  They move with purpose, with industry.  The bumble bees so abundant around my althea are not bothered by my hovering with camera.  They are on task.  After all, the other common bee idiom, bee line, first recorded in 1808, reportedly has its origins in honey bees’ focused and direct fight back to the hive to deposit their pollen.

I admire their purposeful behavior.  I respect the part they play in our ecological balance, in the continuance of those flowers that first brought bees to my attention.  And I find them, especially the bumble bees, absolutely lovely.  Seemingly aerodynamically unsound, they fly with ease and precision, even when the fine filaments on their bodies are overloaded with the pollen of their forage.   They are fantastic photographic subjects.

As I reviewed dozen of photos I’ve taken over the past couple of years to find ones for this post, I came to the distressing realization that I have just one of a honey bee.  The small bronzy-brown bees that are omnipresent in my childhood memory are just not in my garden today.  In fact, I can’t remember seeing a honey bee since my Highland Lake bee-keeping neighbors moved to the other side of the lake. 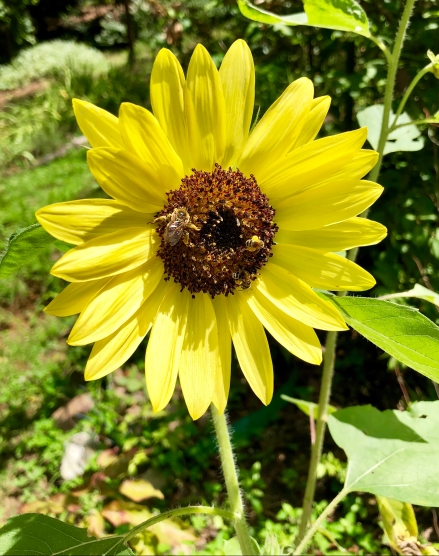 I’m not a trained ecologist or entomologist.  But as a gardener, as a Master Gardener presenter on the importance of native plants and pollinators, I know that our After Eden global climate and ecology are inextricably interrelated systems in tenuous states.  And that is another, and maybe the most important, reason to pay attention to the bees on blooms.