With this post I’m joining a host of gardeners who post six things going on in their gardens on Saturdays.  The point is just that, to comment and provide photos on six things, usually plants, but not necessarily so, for as The Propagator and originator of the meme states, these things “could be anything. A success, a failure, a plan, a completed project, a feature, a favorite tool, anything at all”  (https://thepropagatorblog.wordpress.com/2017/09/18/six-on-saturday-a-participant-guide/ )

1. Spring Starflower (Ipheion uniflorum) is native to Argentina yet can be found in North America.  Given that it is not a wildflower native to Alabama, I have no idea how one lone plant appeared under a cedar tree in my garden.  Nevertheless, it is a lovely delicate flower, and I am delighted that it did appear–although photographing it on a windy day was a genuine challenge. .

2. Wake Robin (Trillium sessile) is more abundant throughout the wooded part of the garden than it has ever been.  In fact, this year it has appeared among irises, day lilies, moss, in lawn areas, and in the shade and in the sun.

3. Lenten Rose (Helleborus ×hybridus) far outpaces the trilliums when it comes to abundance, though.  This winter they appeared just about anywhere run-off rain could have carried their seeds.  And, the blooming has been going on for weeks.  Ranging from rose-purple, to white, to lime the flowers have been a welcomed bright spot in an unusually rainy late winter grayness. 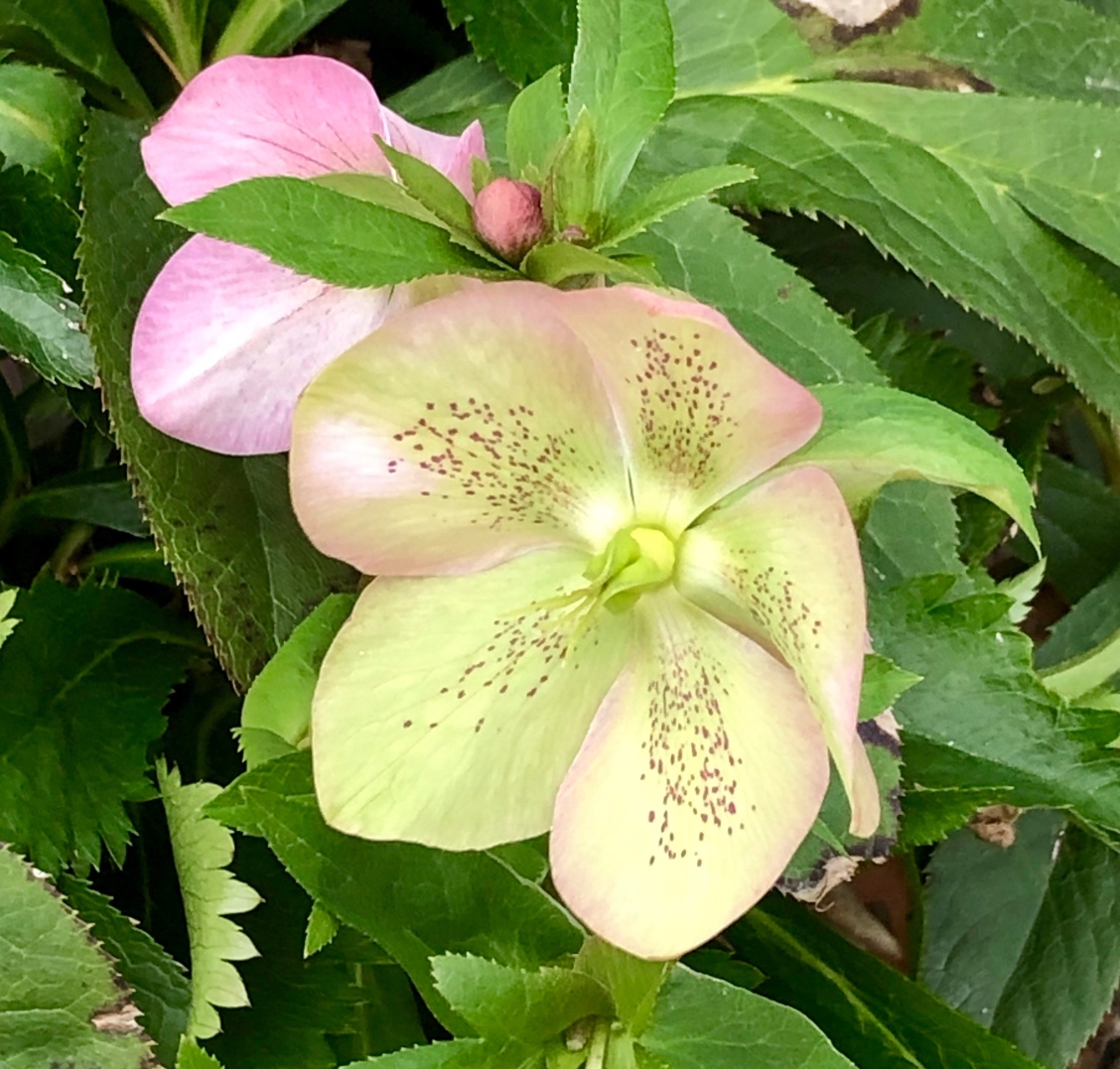 4. Wild Ginger  (Hexastylis shuttleworthii), an evergreen perennial native to Alabama, is putting out fresh new leaves right now.  At its base, the flowers are just beginning to appear, but to see them, you really have to look for them. 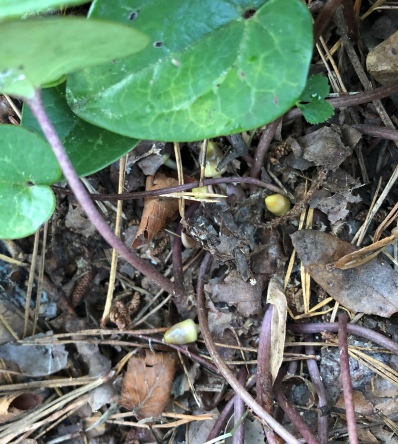 5. Variegated Solomon Seal (Polygonatum odoratum ‘Variegatum’) grows well among ferns and day lilies on this small hill in partial shade.  The particular plant pictured below is ahead of the dozens of other pants that range from two to five inch spears jutting up from the ground today.  It will be another four to six weeks before any of them are likely to bloom. 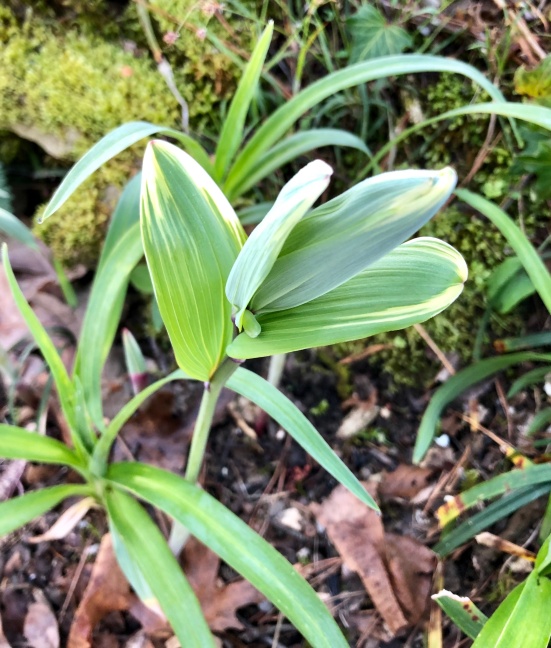 6. Alabama Snow-Wreath (Neviusia alabamensis), although native to the Southeastern United States, is reported to exist only in scattered populations and is considered to be under a conservation risk.  Discovered along Alabama’s Black Warrior River in 1857, the deciduous shrub replicates apparently only by suckering; seed production from the plant has not be observed.  The single sprig I was fortunate to receive over a decade ago has grown slowly, sending out another seven slender stalks about three feet tall over that time. The delicate blooms, though, are stunningly bright against the bright new green leaves.  I consider it a bit of a treasure in the garden.  That is why I selected it as the featured image for this post.

I want to thank Tony Tomeo, tonytomeo.com, for introducing me to Six on Saturday.